Since 1998, the Veterans Multi-Purpose Center has provided housing for homeless veterans with substance abuse problems without government assistance.

We are now partnered with other non-profit organizations to provide Homeless Housing management, Individual Case Management and Recovery Programs for veterans making the transition from the street to shelter to Independent Housing. 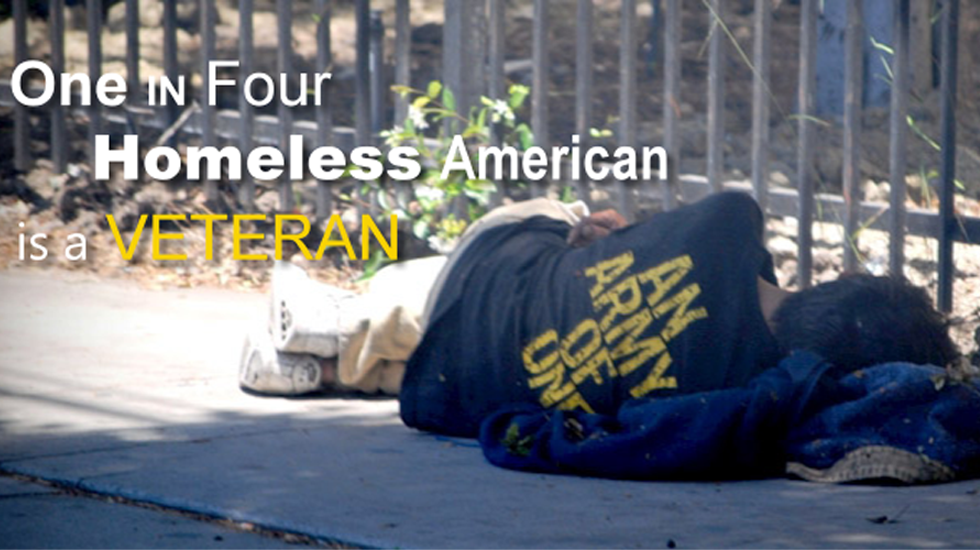 We all have a vision of homeless veterans, the cause and so-forth. I want to tell our story this way.

One IN 4 HOMELESS ARE VETERANS. In 2006, nearly a half-million U.S. veterans spent some time homeless.

Everyday I pass homeless people on the subway and streets. Many of them hold up signs saying that they served in the Vietnam War. Sometimes I don’t allow myself to think about it. I hand them a dollar and go back to reading my newspaper. When I do think about it, I try to imagine what these veterans have seen and been through.

What is it like to be shot at during war and know that any day may be your last? How does one deal with the pain of having friends killed in your arms? What does killing other human beings do to your emotional stability?

It is not hard to imagine how these experiences lead to self-medication and drug addiction. How could you not try to numb out the pain that must accompany fighting in a war? When passing homeless people, it seems clear that some of them have spent years dealing with substance abuse and mental illness.

I have been thinking about our current war in Iraq and wondering what the impact will be on the men and women fighting there. I get a shiver down my spine when I imagine what it would be like for me to leave my fiancee and family, depart the city I love and go fight in Iraq! It is horrifying to think of shooting at other human beings, seeing families getting blown up in cars and houses, feeling bullets whiz by me, seeing explosives take off the leg or arm of a close buddy. I couldn’t do it.

Seeing many Vietnam Veterans with mental problems who are often self-medicating with drugs, I have hypothesized that veterans from the Iraq war, many who are going through similar horrors, will also have similar problems with drug abuse. Many of us struggle with dependency on cigarettes, marijuana and alcohol, while attempting to cope with the pressures of our hectic lives, and obviously our problems are nothing compared to people coming back from Iraq missing a limb.

According to the military publication Stars and Stripes, my hunches are correct. In a July 25th story they report that alcohol and other drug use problems are common throughout the forces in Iraq. “Some of the young soldiers just can’t handle the stress and turn to alcohol or drugs to self-medicate”, said military defense lawyer Capt. Chris Krafchek.

Today in a story by the Associated Press, the Army’s Surgeon General said that a survey of troops returning from the Iraq war found 30 percent had developed mental health problems three to four months after coming home.

What is going to happen to all of these people who are suffering from depression and suicidal thoughts? Many will end up using drugs, as many of us civilians do. Now on top of everything else going on, many of these people are going to have to worry about getting caught with drugs and being arrested. Our prisons are already filled with non-violent drug offenders, many serving mandatory sentences of 15 years to life for small amounts of drugs. Service members being incarcerated and separated from their families because of a drug addition that is a result to fighting in Iraq will be yet one more instance of “collateral damage” of this war.

It is easy for people to buy a bumper sticker and demand that we “Support our Troops”. If we are going to walk the talk, we better be ready to offer compassion and treatment.